According to Ayurveda, there are three primary life forces in the body called doshas. The doshas bind the five elements – air, ether, fire, water and earth into living flesh. In Sanskrit these are called Vata, Pitta and Kapha. They are the active and mobile elements that determine the life processes of growth and decay. Dosha means that which darkens, spoils or causes things to decay – for when out for balance, they are the forces in the disease process.

What is Vata Dosha?

Vata dosha happens in the lower part of the abdomen when its balance worsens, such diseases occur to us as there is pain in the body, and there are no incestious diseases.

People with Vata dominating in their lives are governed mostly by the key characteristic of Vata, which is movement. Movement implies change, and changeability, and Vata people have plenty of both. They tend to complete activity quickly, to change from one activity to another both frequently and rapidly. Their moods and emotions shift rapidly, and their minds tend to be restless and inconstant.

Because of the power of the force of movement, Vata people will use up whatever energy they have on whichever of the many interesting possibilities strike their fancy at the moment; expending energy until there is nothing left in the reservoir, at which time they must retire while waiting for a new store of energy to accumulate.

Their physical bodies change rapidly too: digestion may be excellent on one day, and poor the next; sleep may be deep and sound at times, and light or non-existent at others. Vata energy is made up of endless cycles of boom and bust, the boom full of creativity, learning, action and enthusiasm, the bust the quiet time of recuperation and retreat. 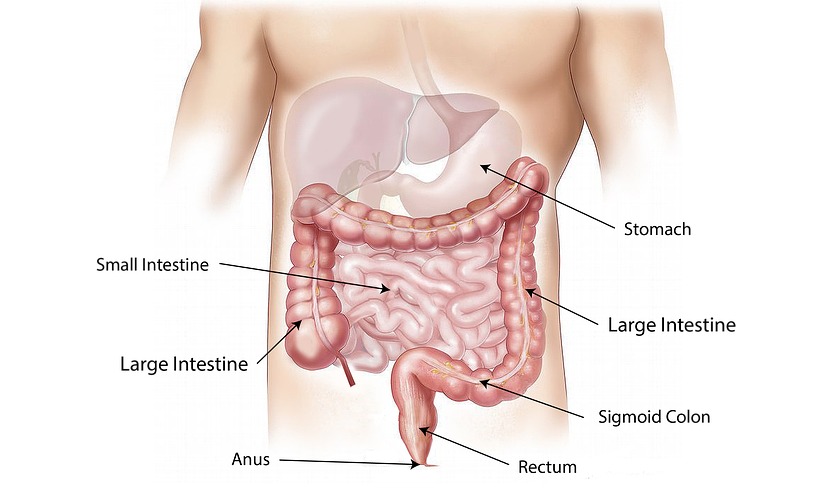 Because Vata dosha carries the quality of dryness, Vata people tend to have dry skin which is rough and cracks, joints which creak and pop, and constipation is often present. They are more cold blooded than Pitta or Kapha people, and so tend to love heat, light, and hot weather, and can suffer miserably in cold climates (especially cold, dry, windy climes).

They are usually thin, and find it difficult to gain weight. This factor, coupled with irregular and changeable eating habits often leads to cellular anxiety due to the erratic supply of nutrients they receive, which in turn can create fear and anxiety as the dominant negative emotion for Vata people.

They have imaginative minds, are exciting and excitable, and can be both extroverted and introverted. Vata dosha is the most difficult constitution to keep healthy due to the excessive patterns of energy use, but when balanced, a Vata person is a good creative and original thinker, mentally alert, may be inspired, and is quick to process and imagine. 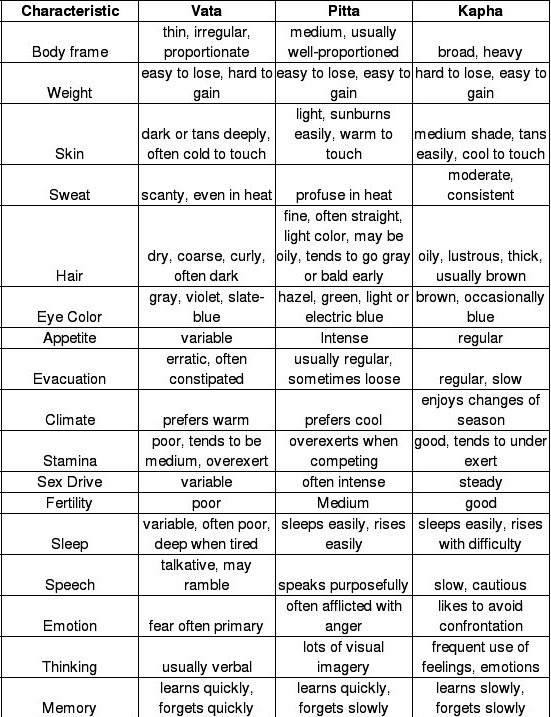 Keep warmHow to balance Vata Dosha ?
To keep balanced, a Vata dosha may be advised to: