Pratyahara: Before dharana (concentration), Dhyana (meditation) and samadhi(contemplation) can be undertaken satisfactorily, it is necessary not only that the right attitude towards all things has been cultivated and the vital currents ordered accordingly; but also that the ability to subdue the tendencies that the five senses have to go outward, is the object of a work.

Thus, the correct withdrawal of the consciousness that is carried out to the phenomenal world is taught to the aspirant; he must learn to center his consciousness on the great central station located in the head, from where the energy can consciously be distributed while he participates in the great work, from where he can establish a contact with the domain of the soul, and in which he can receive the messages and impressions that emanate from this domain.

This constitutes a particular stage of realization; it is not just a symbolic way to designate an interest fixed on a single point. The various ways of sensory perception are brought to a condition of tranquility. The consciousness of the real man no longer flows outward along his five lanes of contact. The five senses are dominated by the sixth, the mind; the consciousness and the perceptive faculty of the aspirant is entirely synthesized in the head, turning inwards and to the top. The psychic nature is thereby subjugated and the mental plane becomes the field of activity of the man. This process of withdrawal or transfer takes place in several stages:

1 . The withdrawal of physical consciousness , or perception through
hearing, touch, sight, taste, and smell. These modes of perception
fall asleep temporarily; the perception of man becomes purely mental
and the cerebral consciousness is only active on the physical plane.

2. The removal of consciousness in the region of the pineal gland , so
that the point where the awareness of the man occurs is centralized in the
region which is between the middle of the forehead and the pineal gland.

3. The next stage is that of transferring consciousness to the
center of the head – the thousand-petalled lotus or Sahasara – by consciously drawing
consciousness into the head on that specific point. This can be done in full awareness
when certain rules have been learned and some work done. These
can obviously not be indicated in a book such as this one. The majority
of people must first gain mastery over the first two stages (asana and
pranayama) and learn to govern the ways of perception, the five senses.

4. The transfer of consciousness into the subtle body , thus freeing it from
the physical plane.

5. Another withdrawal of more, in the mental body or in the mind itself ,
so that neither the physical nor the astral does not limit or contain the man.
When this can be done, true meditation and contemplation become
possible.

“The transference consists in fully assimilating the senses to the mind and placing them under its
complete domination. They must be diverted from their goals, fixed on the mind, and
assimilated to it; so that, the transformation of the thinking principle being suppressed, the senses
will also conform to it and will be immediately mastered. In addition, they will be ready to contribute
collectively to abundant meditation on anything and at
any time. “ 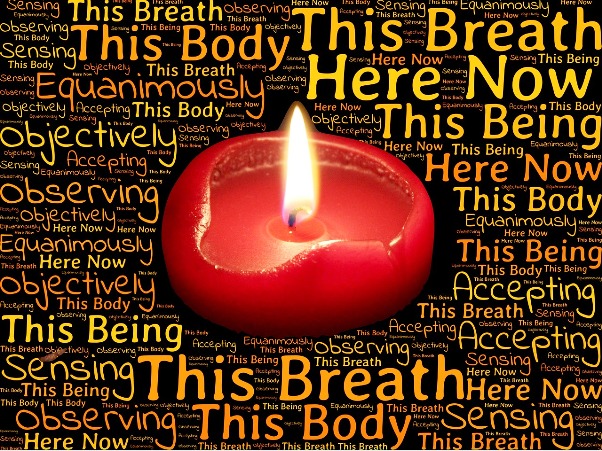 As a result, the result of the correct transference or withdrawal is in short:

1. The synthesis of the senses through the sixth sense: the mind.
2. The alignment of the lower man triples, so that the three bodies
function as a coordinated unit.
3. Man’s freedom from the limitations of the body.
4. The consequent ability of the soul or ego to put its imprint on the
brain, and to obtain enlightenment through the mind.

Then the yogi is ready for the dharana stage : the concentration