Hay fever or rose fever (depending on the season) is the bodies response to airborne particles of pollens -from grasses, trees, and certain plants.

Pollens are the microscopic grains used by plants to reproduce. When the pollen contacts your nose or throat it triggers an allergic reaction in people that have a sensitivity to that particular pollen. 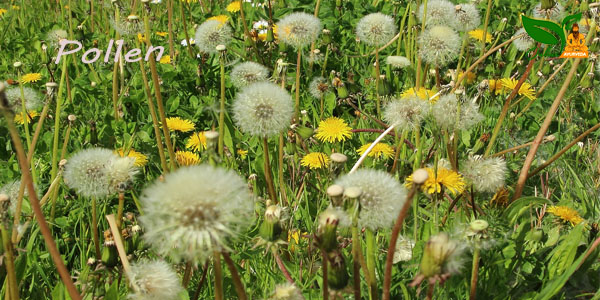 Pollens are everywhere. Short of locking yourself in an airtight room you will be exposed to pollens.

Pollens are prolific. Ragweed, one of the most well known causes of hay fever produces about one million pollen grains per day per plant.

Weeds are great pollen producers. Some of the North American weeds with allergenic pollens are sage brush, lamb’s quarter, Russian thistle and of course ragweed.

Many grasses and trees also produce pollen that cause hay fever.

Plants produce their pollen at different times of the year. As one is finishing for the year another may just be starting. This is part of the reason why your symptoms can increase or diminish during the course of the year.

If you look out at a field of wild grass you would see different stages of maturity. Some grasses would be going to seed while other types are still a few weeks away from seeding. Now imagine it is a sunny and windy day and the field of grass is waving in the wind. A tremendous amount of pollen would be airborne during times like this as opposed to a calm, damp day when the weather is actually helping to relieve your symptoms by holding down the number of airborne particles.

Allergy tests can be performed to determine if you are sensitive to certain plants.

Some of the symptoms of Hay fever

There are three basic ways of treating hay fever

A. wear a dust mask when you are outdoors, and your allergens are in season.
B. Don’t sit directly on the grass.
C. Keep the windows closed when the lawn is being mowed, or when allergens are in season and particularly on windy days.
D. Mornings usually have the highest pollen levels. Try staying indoors
E. Avoid walking through tall grasses or weeds.
F. Avoid exposure to dust, insect spray, tobacco smoke, air pollution, and fresh paint. These are some of the irritants that can aggravate the symptoms of pollen allergies.
G. Good quality fans with HEPA filters can trap pollens removing them from the air in your home. See your doctor or specialist for advice on which is best for you and beware of cheap imitations
H. Air conditioning in the house can reduce pollen levels. 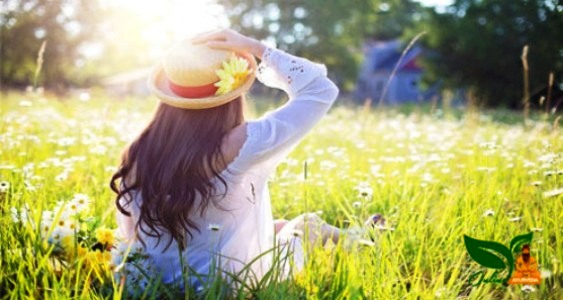 Your allergy specialist may recommend allergy shots for you. The purpose of injections is to carefully build up the bodies natural resistance to the allergen. This is done by injecting a very small amount of the allergen under the skin and over time increasing the amount of allergen in each injection. This allows the body to become more resistant to the allergen.

Immunotherapy can be fairly expensive. It also can take considerable time for the body to build up resistance.

Immunotherapy can be very effective and provide permanent relief however it may also not work with certain people.

At the end of June a number of years ago we held an annual party for our three sons and some of their friends for the end of the school year. It was beautiful weather. Clear and warm out. The kids and their friends played hide and seek in the tall grass of one of our fields, lying in the grass and crawling through it. One of the children came to me complaining of watery eyes, a scratchy throat and itchy skin. I phoned the parents of the boy and asked if I could give the boy a decongestant. The parent said fine but also said that their son had never displayed symptoms of hay fever before.

Before long another boy came to me describing very similar symptoms, and then another, and then another. Soon our living room looked like a hospital emergency ward as one after another of these kids came in with itchy watery eyes, runny noses, hives, sneezes and coughs. We quickly ran out of decongestants from our medicine cabinet and ended up phoning most of the parents to come and get their sick children. All told we had about a dozen boys sick in our house with almost identical symptoms and all within approximately one hours time.

Out in that field was a certain grass (I still do not know which particular grass) that was releasing large amounts of pollen at just the right time to affect all these children this way. By the way there were only a few boys that were not affected during this fun episode.

Disclaimer: In no way is this information meant to replace the advice and care from your doctor, or any other medical professional. Patients should inform their doctor/allergist/dermatologist if they are pursuing one of these treatment routes.