Dharana: the concentration Yoga. As already indicated, the first five Angas (stages) of Yoga eliminate, step by step, the external causes of mental distraction. Yama (Rules or Self-prohibitions) and Niyama (Commandments) eliminate disturbances caused by uncontrolled desires and emotions. Asana (Posture) and Prânâyâma (breath control or prana) eliminate the disturbances caused by the physical body. The Pratydhara (or “disconnection” of the senses) by detaching the organs from the senses of the mind, excludes the external world and the impressions it produces on the mind. The mind is thus completely isolated from the outside world and the Sadhaka (the Meditator) is thus able to struggle with himself; without any discomfort coming from outside. It is only in these conditions that success is possible in the practice of Dhdrana, Dhyana and Samadhi.

Dharana is very difficult. The battle to still the mind is actually the most challenging human activity. All people find concentration difficult, even to focus on one thing beyond a few moments. But even a little progress gives great fruit.

The first step in this development is concentration, or the faculty of keeping the mind firmly fixed on the seed-thought chosen by the aspirant . This first step is one of the most difficult stages of the process of meditation and it involves the indefectible faculty of constantly bringing the mind back to the object of its concentration . The very stages of concentration are well delineated and may be designated as follows:
1. The choice of the “object” to focus on.
2. The removal of the mental consciousness from the periphery of the body, so that the ways
of perception and contact (the five senses) are reduced to calmness and the
consciousness is no longer directed to the outside.
3. The centralization of consciousness and its stabilization in the head, at a
midpoint, between the eyebrows.
4. The application of the mind, or extreme attention given to the object chosen for
concentration.
5. The visualization of this object, the imaginative perception of what it is and the
logical reasoning related to it.
6. Extending the mental concepts that have been formed, by passing them, from
the specific or particular plan to the general and universal, or cosmic.
7. An attempt to arrive at what lies beyond the form considered, or
to reach the idea that is at the origin of the form. 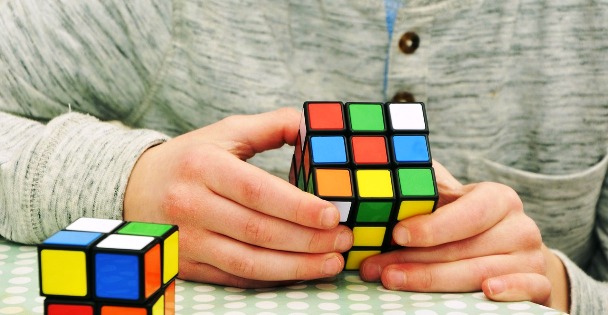 This process gradually elevates the consciousness and allows the aspirant to arrive at
the life aspect of the manifestation, instead of the form aspect or “objects”.

The objects on which to focus are of four kinds:

1. External objects, such as the image of divinity, paintings or forms that are
part of nature (mandalas etc.)
2. Internal objects, such as the centers of the etheric body (chakras etc).
3. Qualities, such as the various virtues, with the intention of awakening a desire
for these virtues, and thus, of edifying it within one’s personal life (bhavana)
4. Mental concepts, or ideas incorporating the ideals that lie in
the background of all animated forms. They can be in the form of
symbols or words.

The four types of objects mentioned above gradually direct the aspirant inwardly and enable him to transfer his consciousness from the physical plane into the etheric domain and from there into the realm of desire and emotions, and then in the world of ideas and mental concepts. This process, which occurs in the brain, brings the whole lower man to a state of coherent attention concentrated on a single point, all the constituent parts of his nature being directed towards the fixity of attention, or from a concentration of all mental faculties. From then on, the mind no longer disperses, is no longer unstable and outwardly directed, but is fully fixed in concentration. The Yogi can then walk towards Dhyana yoga meditation.